“Back To The Future” is one of the best movies I ever watched. It’s interesting to see how the actors went back to the past which affects the future. I enjoy watching those future technology in the movies. The first episode screened in 1985  and it’s amazing some of future technology in the movies really came true like touch screen tablets, video conferencing and etc. 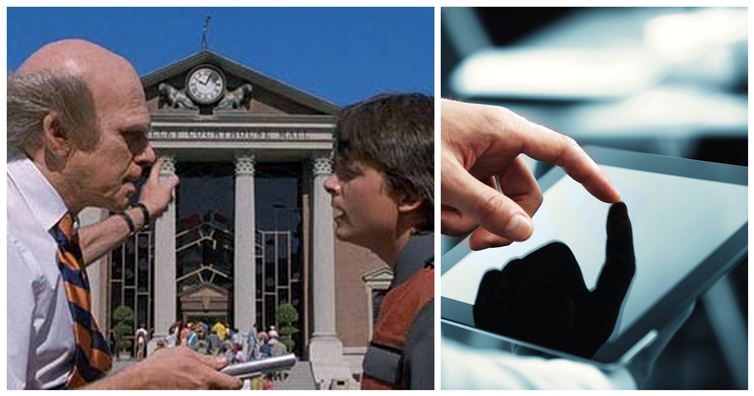 Recently I got this message forwarded to my company whatsapp group which I want to share to all. Will these future prediction come true or perhaps some already came true? Please comment to share your thoughts.

In a recent interview the MD of Daimler Benz (Mercedes Benz) said their competitors are no longer other car companies but Tesla (obvious), Google, Apple, Amazon .

Software will disrupt most traditional industries in the next 5-10 years.

Uber is just a software tool, they don’t own any cars, and are now the biggest taxi company in the world

Airbnb is now the biggest hotel company in the world, although they don’t own any properties.

Artificial Intelligence: Computers become exponentially better in understanding the world. This year, a computer beat the best Go player in the world, 10 years earlier than expected.

In the US, young lawyers already don’t get jobs. Because of IBM Watson, you can get legal advice (so far for more or less basic stuff) within seconds, with 90% accuracy compared with 70% accuracy when done by humans.

So if you study law, stop immediately. There will be 90% less lawyers in the future, only specialists will remain.

Autonomous cars: In 2018 the first self driving cars will appear for the public. Around 2020, the complete industry will start to be disrupted. You don’t want to own a car anymore. You will call a car with your phone, it will show up at your location and drive you to your destination. You will not need to park it, you only pay for the driven distance and can be productive while driving. Our kids will never get a driver’s licence and will never own a car.

It will change the cities, because we will need 90-95% less cars for that. We can transform former parking spaces into parks. 1.2 million people die each year in car accidents worldwide. We now have one accident every 60,000 miles (100,000 km), with autonomous driving that will drop to one accident in 6 million miles (10 million km). That will save a million lives each year.

Many engineers from Volkswagen and Audi; are completely terrified of Tesla.

Insurance companies will have massive trouble because without accidents, the insurance will become 100x cheaper. Their car insurance business model will disappear.

Real estate will change. Because if you can work while you commute, people will move further away to live in a more beautiful neighborhood.

Electric cars will become mainstream about 2020. Cities will be less noisy because all new cars will run on electricity. Electricity will become incredibly cheap and clean: Solar production has been on an exponential curve for 30 years, but you can now see the burgeoning impact.

Last year, more solar energy was installed worldwide than fossil. Energy companies are desperately trying to limit access to the grid to prevent competition from home solar installations, but that can’t last. Technology will take care of that strategy.

With cheap electricity comes cheap and abundant water. Desalination of salt water now only needs 2kWh per cubic meter (@ 0.25 cents). We don’t have scarce water in most places, we only have scarce drinking water. Imagine what will be possible if anyone can have as much clean water as he wants, for nearly no cost.

Health: The Tricorder X price will be announced this year. There are companies who will build a medical device (called the “Tricorder” from Star Trek) that works with your phone, which takes your retina scan, your blood sample and you breath into it.

It then analyses 54 biomarkers that will identify nearly any disease. It will be cheap, so in a few years everyone on this planet will have access to world class medical analysis, nearly for free. Goodbye, medical establishment.

3D printing: The price of the cheapest 3D printer came down from $18,000 to $400 within 10 years. In the same time, it became 100 times faster. All major shoe companies have already started 3D printing shoes.

Some spare airplane parts are already 3D printed in remote airports. The space station now has a printer that eliminates the need for the large amount of spare parts they used to have in the past.

At the end of this year, new smart phones will have 3D scanning possibilities. You can then 3D scan your feet and print your perfect shoe at home.

In China, they already 3D printed and built a complete 6-storey office building. By 2027, 10% of everything that’s being produced will be 3D printed.

Business opportunities: If you think of a niche you want to go in, ask yourself: “in the future, do you think we will have that?” and if the answer is yes, how can you make that happen sooner?

If it doesn’t work with your phone, forget the idea. And any idea designed for success in the 20th century is doomed to failure in the 21st century.

Work: 70-80% of jobs will disappear in the next 20 years. There will be a lot of new jobs, but it is not clear if there will be enough new jobs in such a small time.

Agriculture: There will be a $100 agricultural robot in the future. Farmers in 3rd world countries can then become managers of their field instead of working all day on their fields.

Aeroponics will need much less water. The first Petri dish produced veal, is now available and will be cheaper than cow produced veal in 2018. Right now, 30% of all agricultural surfaces is used for cows. Imagine if we don’t need that space anymore. There are several startups who will bring insect protein to the market shortly. It contains more protein than meat. It will be labelled as “alternative protein source” (because most people still reject the idea of eating insects).

There is an app called “moodies” which can already tell in which mood you’re in. By 2020 there will be apps that can tell by your facial expressions, if you are lying. Imagine a political debate where it’s being displayed when they’re telling the truth and when they’re not.

Bitcoin may even become the default reserve currency … Of the world!

Longevity: Right now, the average life span increases by 3 months per year. Four years ago, the life span used to be 79 years, now it’s 80 years. The increase itself is increasing and by 2036, there will be more than one year increase per year. So we all might live for a long long time, probably way more than 100.

Education: The cheapest smart phones are already at $10 in Africa and Asia. By 2020, 70% of all humans will own a smart phone. That means, everyone has the same access to world class education.

Every child can use Khan academy for everything a child needs to learn at school in First World countries. There have already been releases of software in Indonesia and soon there will be releases in Arabic, Suaheli and Chinese this summer. I can see enormous potential if we give the English app for free, so that children in Africa and everywhere else can become fluent in English and that could happen within half a year. 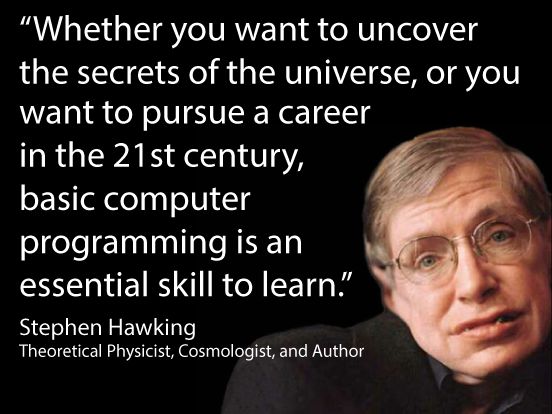 What is software engineering? 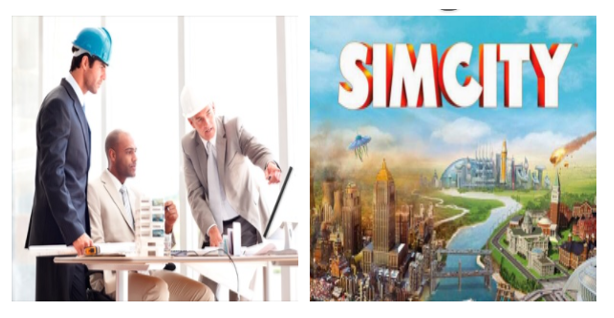 Why web programming? Why software engineering is important? 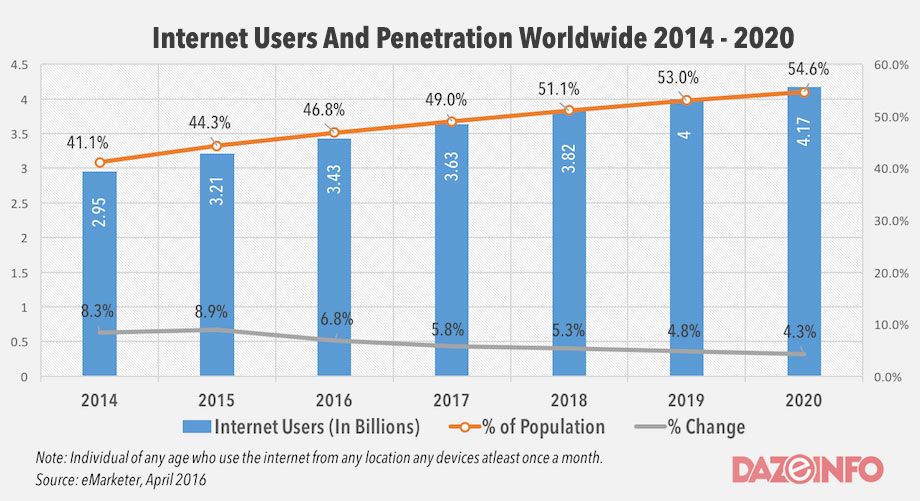 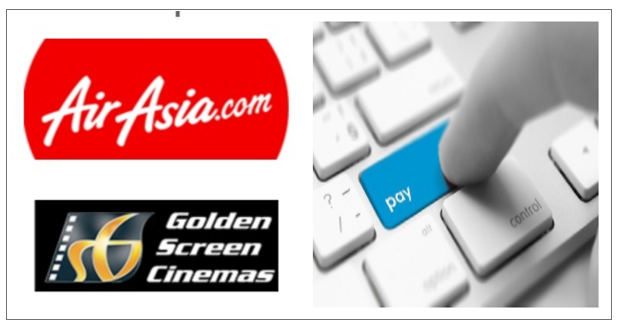 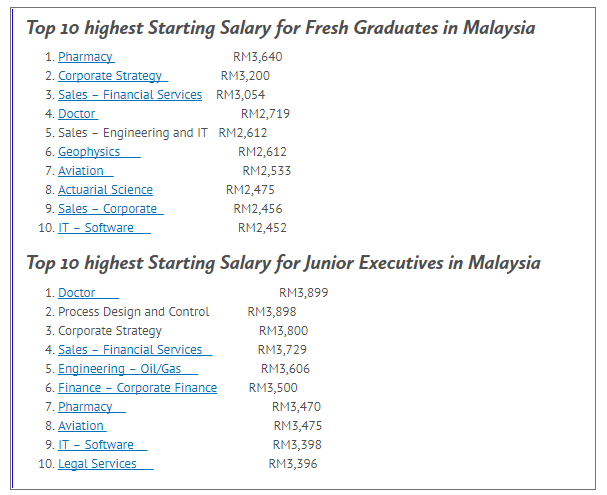 Courses in Diploma in Software Engineering and what Skills you will gain.

I am Steve Ngai and I am teaching Diploma in Software Engineering for Eduvo Sdn Bhd. For more info, you can contact me or our course consultant, Candy at 012-2727886.

Next week, the Software Engineering one month course I am teaching will end. Overall, I am happy to see the progress of my students. They have improved much in their programming skills. Their assignment title is “Starbucks Simple Payroll System”. While they are doing their assignment, I also do a sample version for them. So, just to print screen some here. 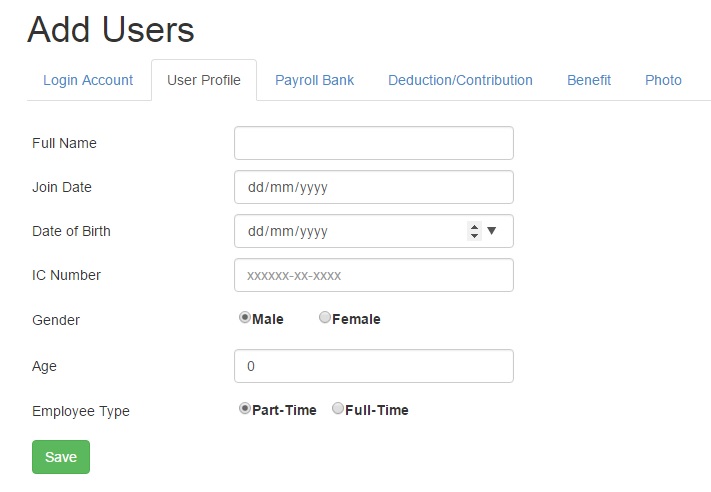 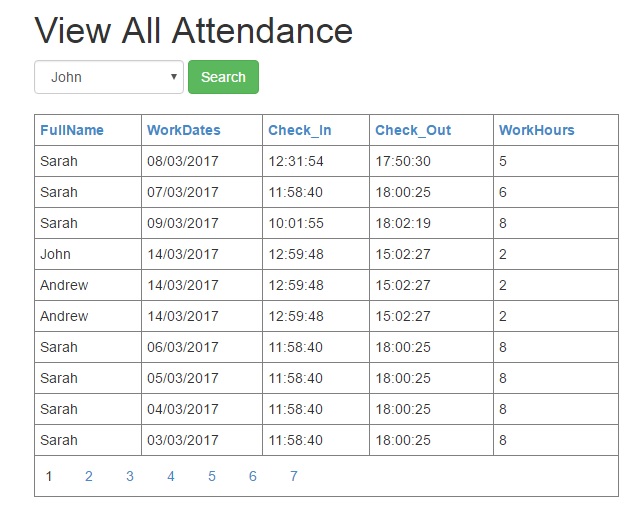 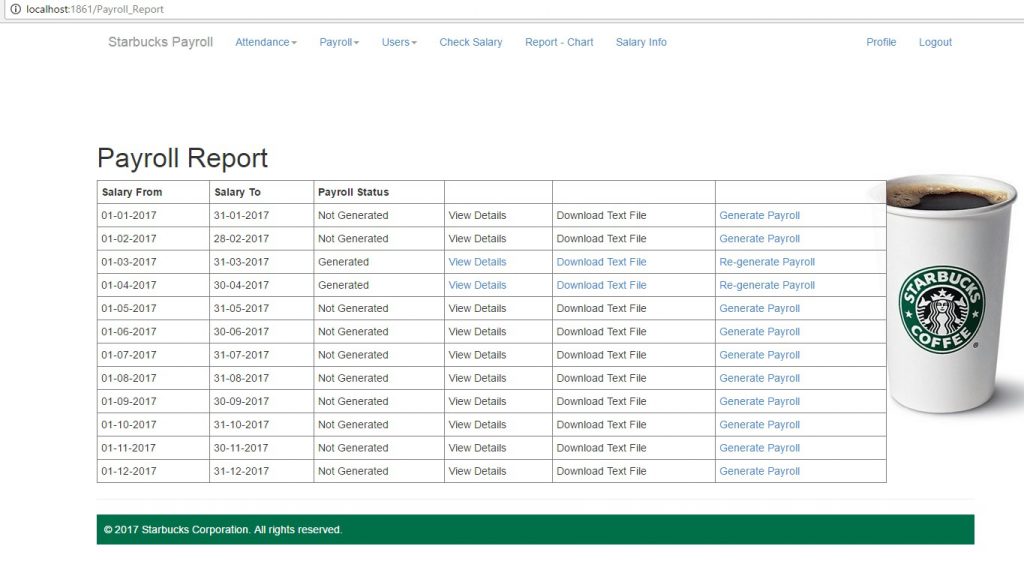 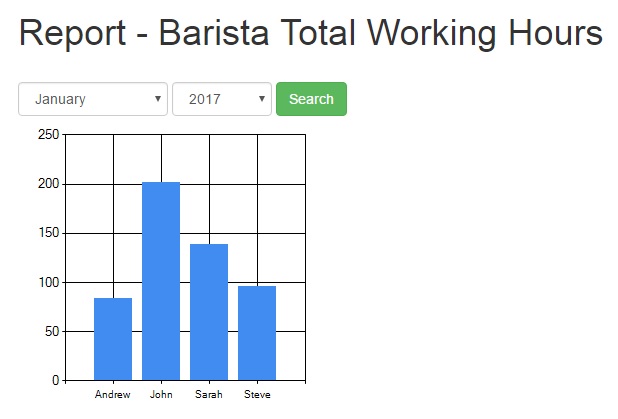 Some sample documentation I created for students are reference: 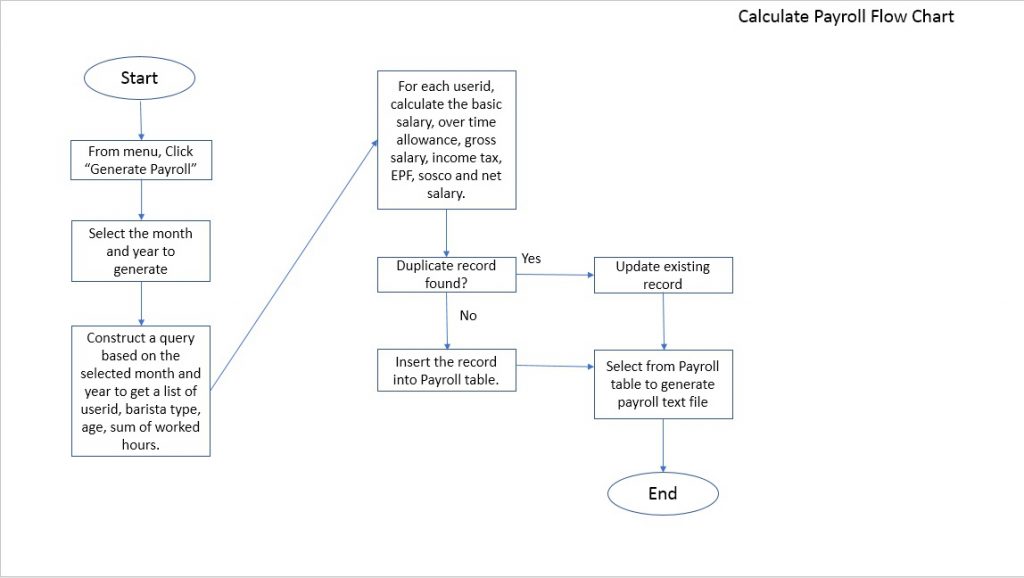 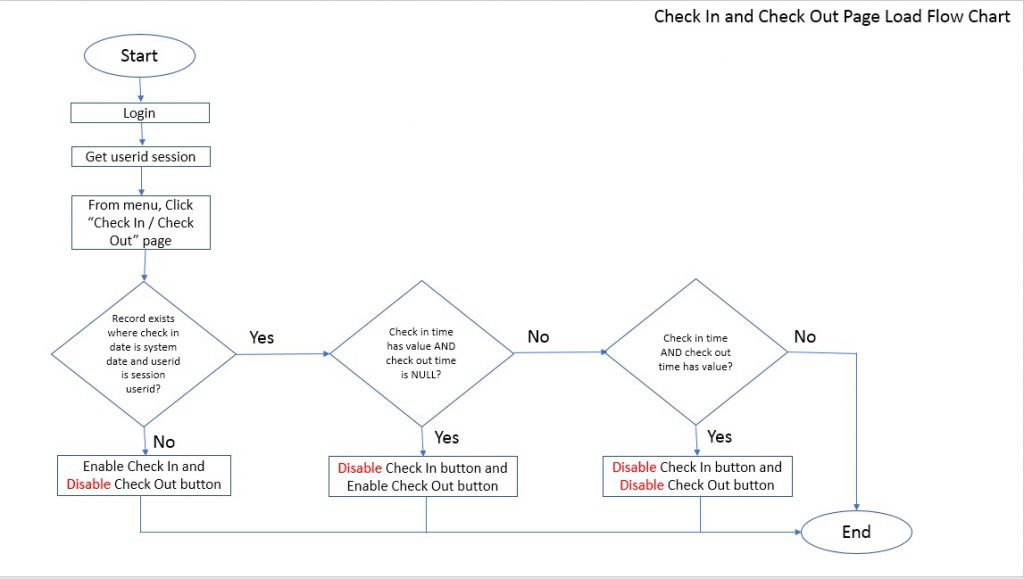 For more info or if you also wish to learn how to develop a simple payroll system like this, feel free to contact me. That’s all for today 🙂

Everyone has his/her own working principles and these are some of mine. These principles are the main one I always focus in my software or website development. Well, just some of my principles 🙂

Usability
For me, this means the system is easy to use or user-friendly. This includes good navigation link, consistency, correct usage of font size, font color and font family. My role model of this principle is Jakob Nielsen, the king of usability.

Clean
For me, means no redundant code. Clean code gives me 2 main benefits. First, smaller file size which helps web page to load faster and save up bandwidth. Secondly, it helps me to maintain it better because I know exactly the usage of every single code. My entire, http://resume.findingsteve.net/ only has less than 40Kb 🙂

Easy maintenance
During every stage of the development, I always try to make the system as easy to maintain as possible. One of the way is to modularize those same code. I know if I don’t put extra effort to make sure the system is easy to maintain, I will sure have much nightmare debugging or when there is a need for future enhancement.